Podium Discussion “All shopped-out? New programs for the city center.”

The centers of major cities make the transformation visible. The crisis is affecting brick-and-mortar retailers. Pedestrian zones are empty. But these same circumstances also provide a wonderful opportunity to rethink the city of the future. That was the subject of M O F A’s online panel on Thursday, April 29, at 7:00 p.m. – and the subject of our lab report Retail in Transition. Caspar Schmitz-Morkramer presented positions and ideas from his book that dealt with how our cities could once again become thriving, livable, people-centered places.

Wulf Kramer (Yalla! Yalla! – studio for change) and Dr. Matthias Rauch (Cultural Urban Development, NEXT Mannheim) were also guests on the digital panel and offered insights into their current projects for Mannheim. The panel was moderated by Jörg Schrader (M O F A).

Our exhibition entry Retail in Transition – Verkaufswelten im Umbruch  can be found in the show window of the former and currently vacant Galeria Kaufhof N7 and the Galerie Lindenhof in Mannheim and is dedicated to the future of our cities. An accompanying digital lecture series deals with the urban planning conflicts and challenges that have become especially fierce over the past year as well as new opportunities and realms of possibility. The main focus of our show window is on the transformation of inner cities and of the retail trade.

About M O F A
M O F A – Mannheims Ort für Architektur is a new platform for future-oriented encounters with architecture and the city. The initiative advocates for an all-inclusive, accessible, and communicative building culture in Mannheim and facilitates open spaces for meeting, interaction, debate, and cooperation on issues relating to building and living. 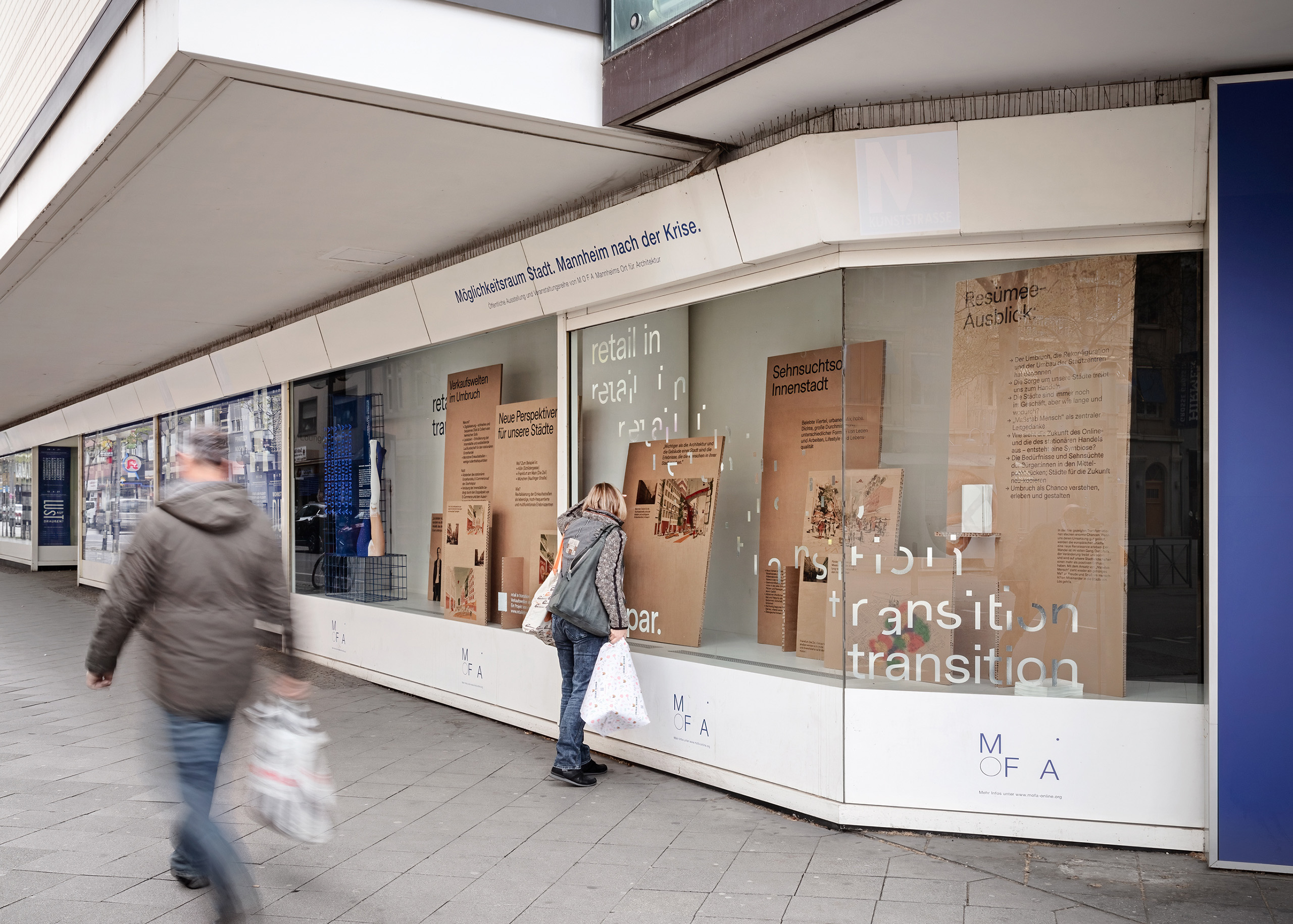