Innen.Stadt.Leben. #1 (Re)vitalization of city centers: the role of retail and the future of the office

“It was exactly the right time,” said Jovis Editorial Director Doris Kleilein, to publish the book “Retail in Transition” by Caspar Schmitz-Morkramer. The threat of the desolation of city centers that the book warns against was dramatically highlighted by the emptiness of lockdown.

Kleilein met with the author on Wednesday, October 6, to launch the public discussion series “Innen.Stadt.Leben.” in Berlin. The evening was held at the initiative of Caspar Schmitz-Morkramer, who saw the publication of his book as a fitting occasion that provided more than enough material for several panel discussions. Between now and March 2022, four events will take place in collaboration with and on the premises of the Aedes Network Campus Berlin (ANCB).

The first panel also included Robert Kaltenbrunner, Department Head at the German Federal Institute for Research on Building, Urban Affairs, and Spatial Development (BBSR), as well as moderator Alexander Gutzmer, former editor-in-chief of “Baumeister” who, along with “Die Welt” editors Céline Lauer and Michael Fabricius, was one of the creators of the highly recommended metroscope newsletter.

To kick off the evening, Caspar Schmitz-Morkramer introduced his book and explained how the transformation of retail affects life in the city center. One of the most important approaches for preventing the desolation of inner cities is the systematic promotion of mixed use in city centers – meaning the side-by-side coexistence of living, working, leisure, culture, and trade. Both the book “Retail in Transition” and caspar. projects like the Sedelhöfe in Ulm and the Deiker Höfe in Düsseldorf demonstrate how this might look.

For Robert Kaltenbrunner, who followed up with a keynote speech, an “extrapolation of the status quo” is no recipe for the future of city centers. Nevertheless, he was honest enough to concede that even he has no clear answers to the questions and that “humility” is called for. The complexity of the problem was evident from his own report, in which he advocated for opening up spaces to the public, a neutral small scale, new approaches, and hybrid areas – many of the things that play a key role in caspar.’s urban planning designs.

Doris Kleilein wholeheartedly agreed with Kaltenbrunner’s and Schmitz-Morkramer’s plea for the mixed use of inner city areas. However, she pointed out that cities would have to muster the necessary courage. Schmitz-Morkramer noted that the unavoidable transformation processes are easier for cities like Düsseldorf than for others, and that many smaller cities would probably be “left behind.” Finally, a comment from the audience touched on an especially painful issue for Berlin: What is the role of investors and real estate companies?

A lively panel and audience discussion held in ANCB’s inner courtyard – in the middle of the attractive area of the former Brauerei Pfefferberg – came to a relaxed conclusion with snacks and beverages. 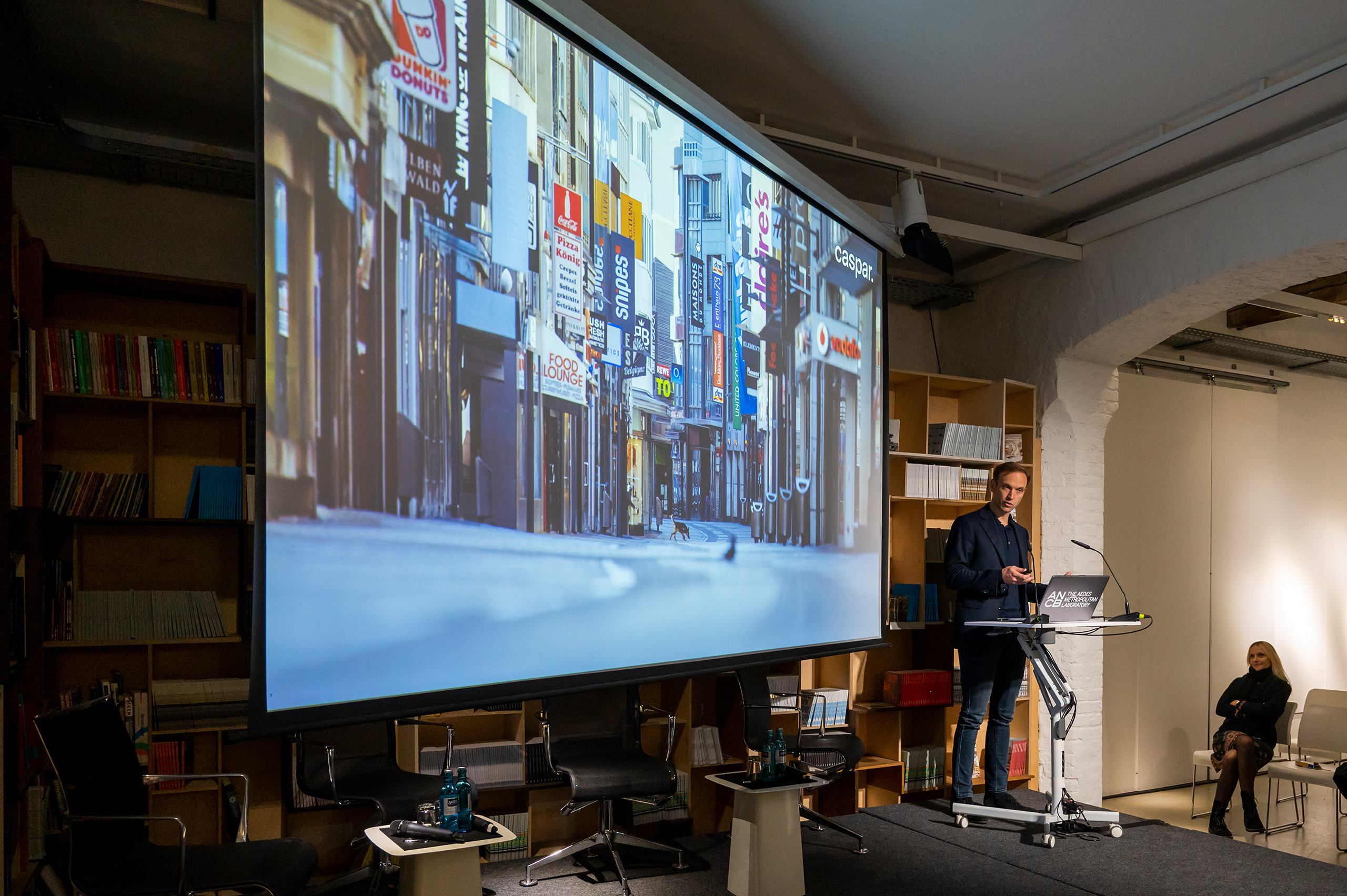 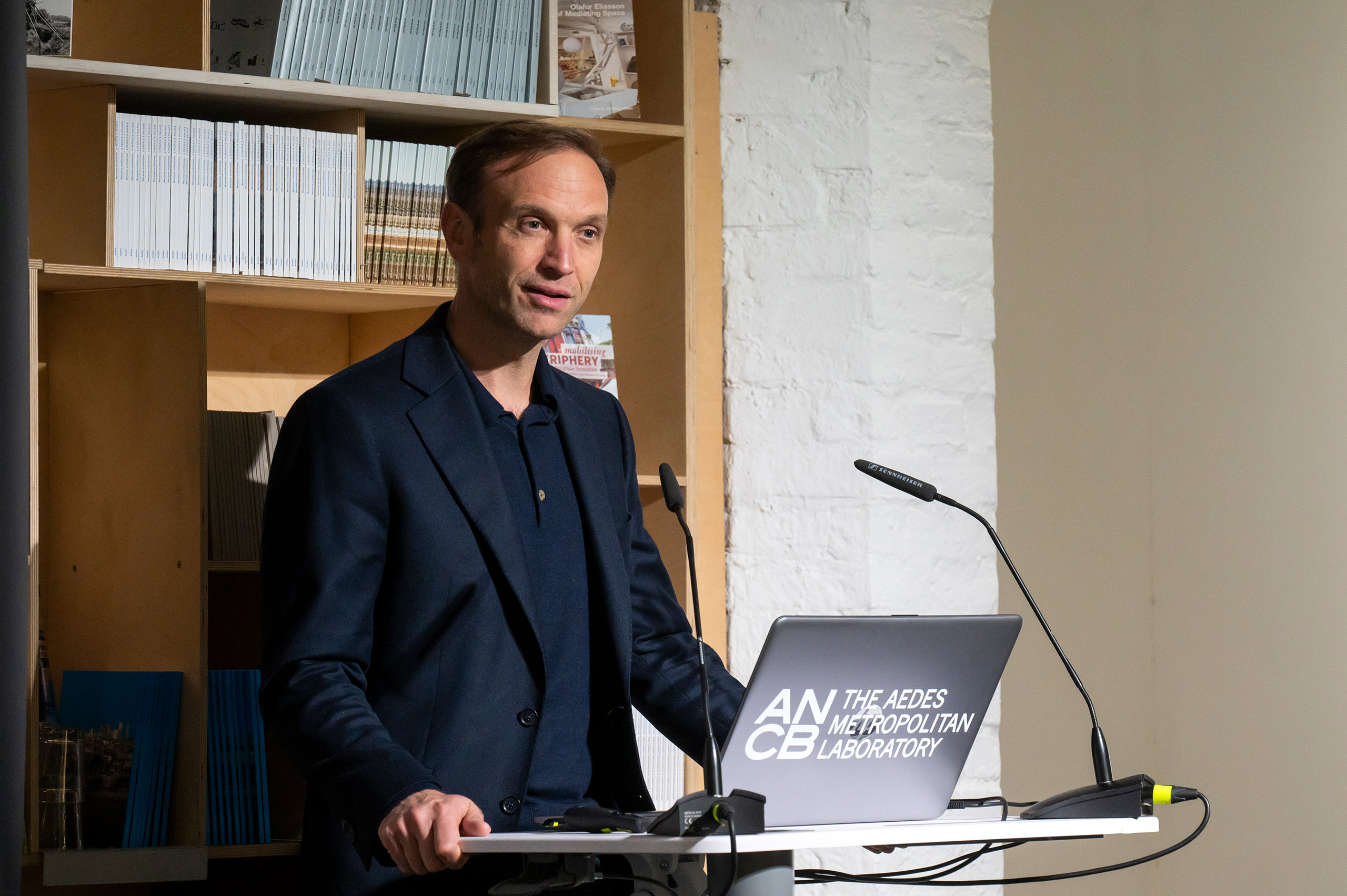 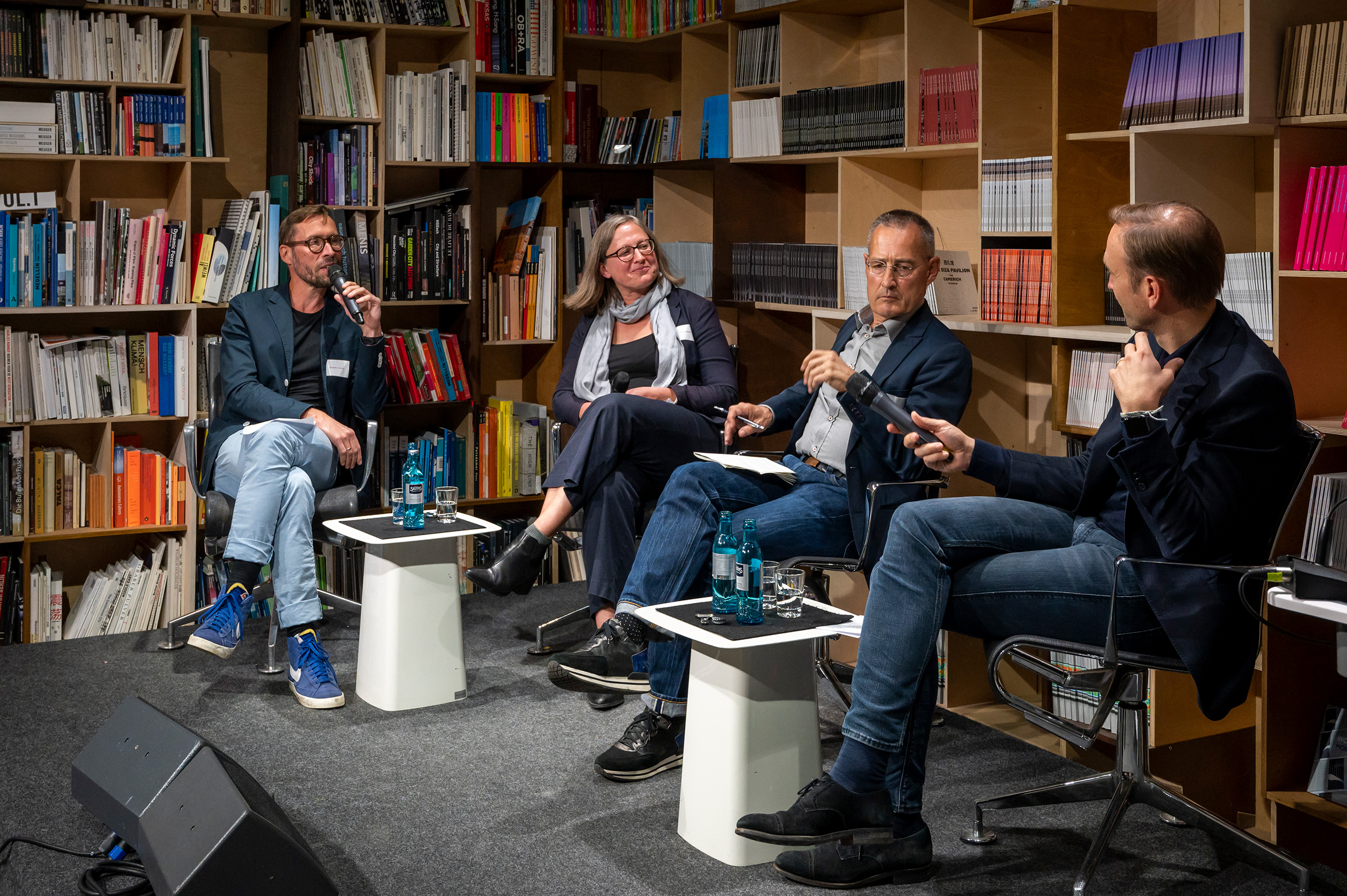 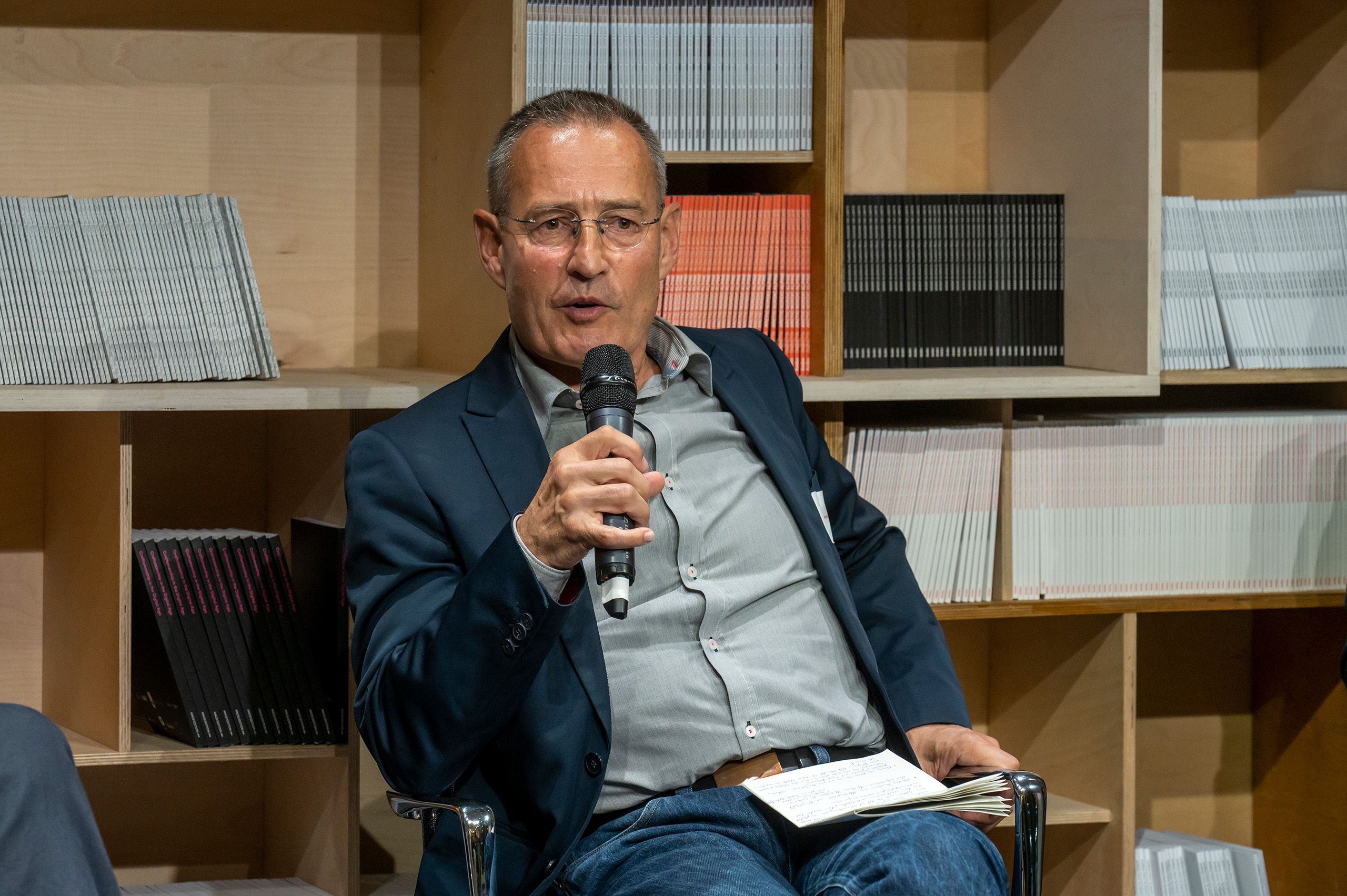 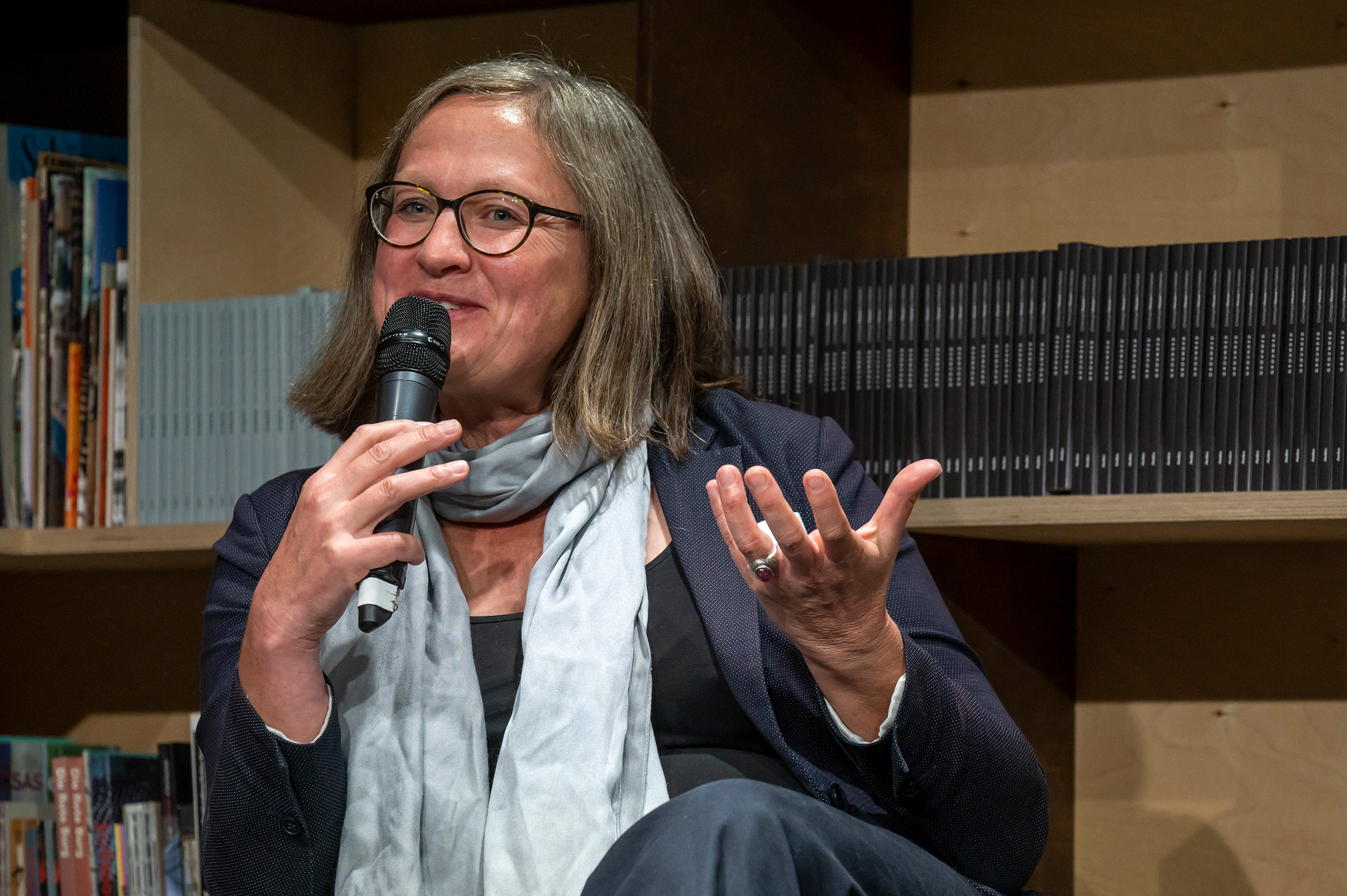 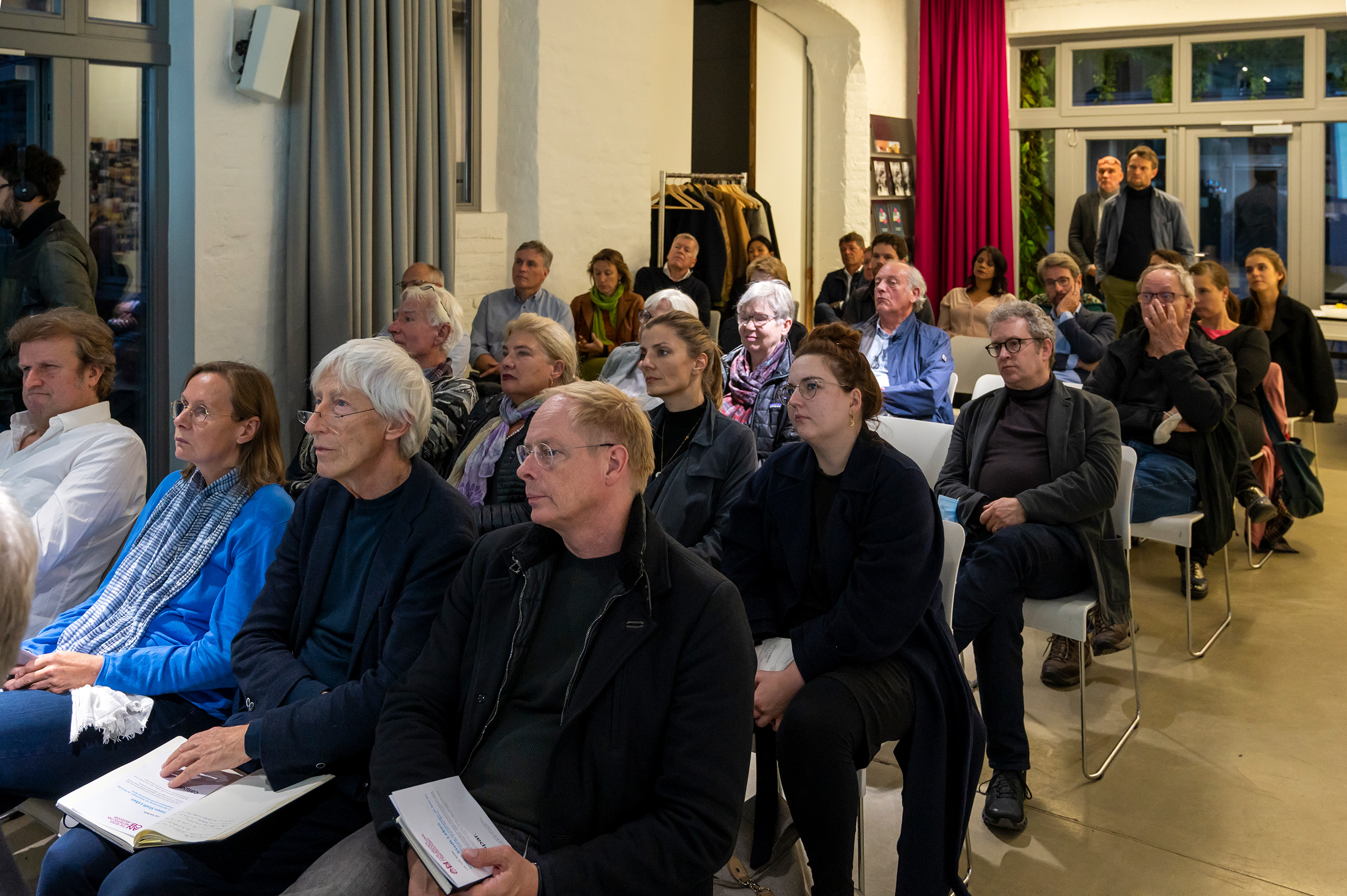